World Championships 2017 – Edea on the top of the World

The World Championships 2017 in Helsinki was a success!

All our skaters delivered such brilliant performances that left the public breathless! The first medals to be awarded were the Pairs’. Many pairs performed quadruple jumps thrown and quadruple twists, with great results. The triple axel thrown also was performed by several pairs but among them, only Aljona Savchenko and Bruno Massot got to the podium and won the Silver Medal! 5th after the short program, Yuzuru Hanyu fought and delivered an amazing long program!!! The crowd was astonished and cheered from the first till the last musical note. He set a new World Record in the free program and won his second World title. Lots of Japanese fans (among the others) witnessed this incredible performance and thrown hundreds of Winnie Pooh on the ice! Following Hanyu, came on the ice the World Bronze Medalist 2016, Chinese Boyang Jin. The good shape he showed during the short progam has been confirmed in the long program.
He placed 3rd and got the Bronze Medal. Ladies competition was so fascinating! Evgenia Medvedeva is the strongest one, both on the technical side and on the components. She set a new World record in Ladies category with a Total Score of 233.41 pt. later in April, she re-set it during World Team Trophy 2017.

Canada has been on the other 2 places of the podium, Kaetlyn Osmond placed 2nd and Gabrielle Daleman placed 3rd . Have a look on the results below, is impressive, isn’t it? 🙂 A BIG THANK YOU from the all #edeafamily to all the skaters and to those that brought Edea on the Top of the World! 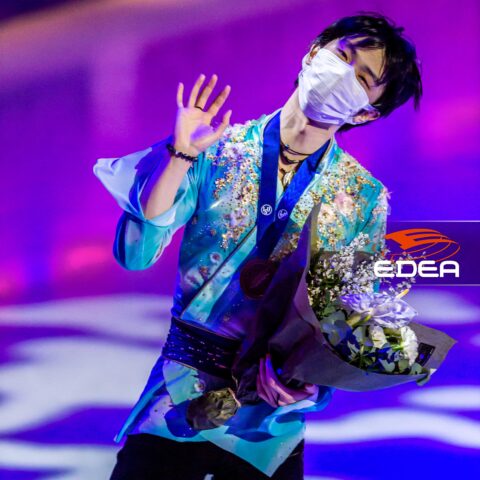 We congratulate all the skaters who competed at ISU Worlds in Stockholm last week on what they achieved and a special greeting goes to the big #edeafamily ! It hasn’t been an easy season for anyone and that’s why we appreciate so much their commitment and endeavour, in particular in this competition. Action shots on our […] 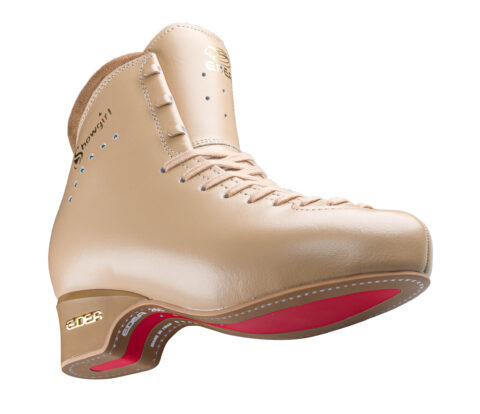 The Edea ShowGirl Boot is a new take on the traditional Flamenco Ice. It has been especially designed by Skates U.S., our official distributor in USA for the rigors of show skating. Check out Skates U.S. website https://skatesus.com/product/showgirl/ to order it or contact your dealer if you are in U.S.A. . Some of the core […]

E-GUARDS: THE OFF-ICE IS GOING TO CHANGE DRAMATICALLY! 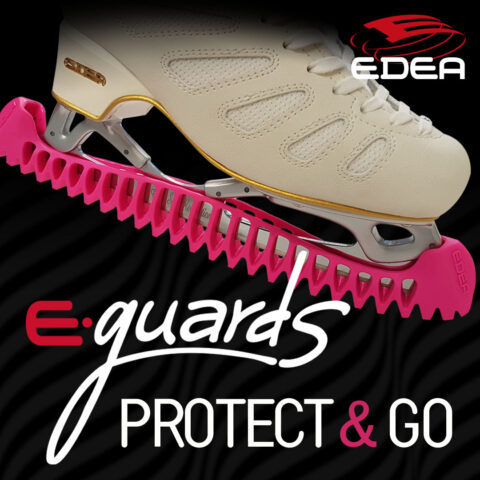 Significant investment and innovation has led to this ground-breaking step forward: the E-GUARDS! This skateguard have been completely rethought for better drainage and protection, for easier and quicker use! The CHARACTERISTICS of the E-Guards make it unique: SUPPORT The unique vertebrae profile supports the blades hollow and protect edges. ONE PIECE No fiddling, no parts, […]

E-SPINNER – EVERYTHING YOU NEED TO KNOW ABOUT THIS NEW PRODUCT! 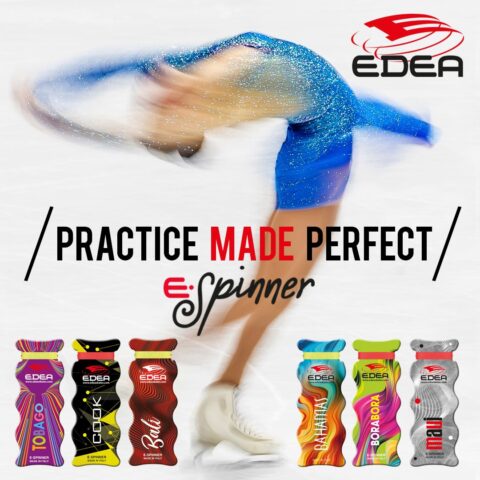 For 2020 Edea have created a new technical spinner, ideal for the serious skaters to perfect their moves off the ice. This adds a new dimension to training as skaters can now also practise take offs thanks to its special design and the integrated elastic bands! As you use it, you will also improve posture, […]

Off ice training with Signe Ronka 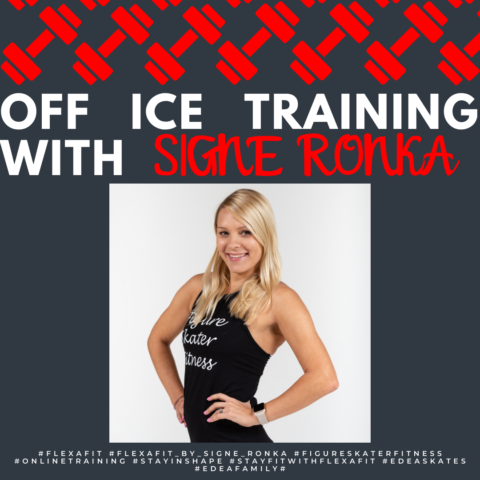 The ice skating season has ended and the roller skating season hasn’t started yet but what about off ice or off roller work outs to strenghten your body? Signe Ronka is a former ice skater representing Canada and now she’s the founder/head coach of Flexafit, a sport specific fitness program. As the industry leader in […] 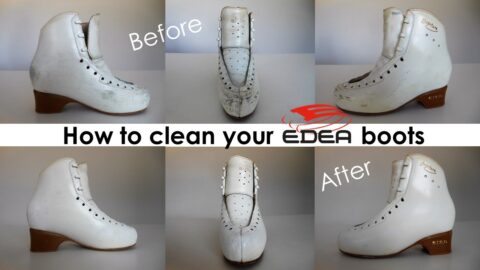 In these days of quarantine and without almost any possibillity of skating, we decided to share with you some ideas! First of all, we recommend to make sure that your boots are stored as recommended: Unlace them completely (even the last 3 crosses should be loose), make sure the tongue is upright. Remove the odor […]